View source
watch 01:40
The Sandman Will Keep You Awake - The Loop
Do you like this video?
Play Sound
Amanda Peet 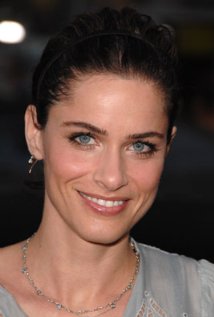 Amanda Peet is an American actress best known for her role in the 2009 disaster film 2012 where she played the ex-wife, Kate, of main character Jackson Curtis.

She has appeared in a variety of films, including the 2001 comedy Saving Silverman, the 2003 romantic comedy Something's Gotta Give, the 2003 psychological thriller film Identity, the 2005 action-thriller Syriana, the 2006 comedy-drama remake Griffin & Phoenix, the 2007 romantic comedy The Ex, the 2008 science fiction film The X-Files: I Want to Believe and the 2009 disaster adventure drama 2012. She has also appeared in the 1999 drama series Jack & Jill and the 2006 drama series Studio 60 on the Sunset Strip.