View source
watch 01:40
The Sandman Will Keep You Awake - The Loop
Do you like this video?
Play Sound
John Cusack 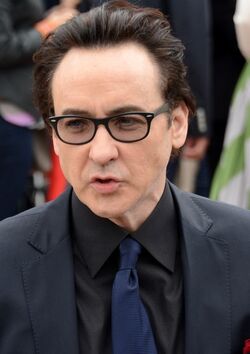 John Cusack is an American actor, producer, screenwriter and puppeteer. He is most known for his role in 2012 a 2009 Disaster Film where he played the main character Jackson Curtis.

Cusack gained fame in the mid-1980s after appearing in teen films such as Better Off Dead, The Sure Thing, One Crazy Summer, and Sixteen Candles.

Cusack experienced box office success with his roles in the dark comedy Grosse Pointe Blank and the Jerry Bruckheimer blockbuster Con Air. In the years since, his range of films has diversified, appearing in roles such as an air traffic controller in Pushing Tin, an obsessive puppeteer in Being John Malkovich, a lovelorn record store owner in High Fidelity, and a Jewish art dealer mentoring a young Adolf Hitler in Max. He starred in the horror film 1408, based on Stephen King's short story of the same name. He next appeared as a widowed father in the Iraq War-themed drama Grace Is Gone and as assassin Hauser in the dark political satire, War.